Up West, The World is Your Oyster

I was up at 4 am last week to head Up West to beautiful North Cape Coastal Drive for a day of photographing everything oysters. Prince Edward Island oysters are known all over the world. Are you captivated seeing oyster fishers out on the water? They’re up so early with the big rakes on calm water, it’s really intriguing for some reason. I’ve always wanted to photograph them so I was really psyched to get out on the water. This summer I’ve met a lot of people Up West and they have all been so super. Really really nice people. I think that’s yet another reason that I’m so in love with the West side of the Island. It’s been a huge opportunity to get to know Prince County, and I love it. It’s really hard to put into words, so I’ll try and show you in photos, but you really just have to experience it.

Mitchell Rennie and I started the day out on the water at Gordon’s Wharf near Cascumpec at sunrise with David Lewis, who knew all the oyster fishers. We talked a lot about how social the fishing community is. Everyone knows everyone. It’s really nice. I was glad to see women out there too, and a couple in their 80s who recognized me later on in the day as I was taking shots on Geoff’s bridge and they drove by me and honked, smiled and waved. I love how friendly everyone is.

We got some great shots and had lots of laughs. Then after locking ourselves out of running vehicles for a bit, we were off to location two, at Howard’s Cove Shellfish and out on the water again. This time with Adam and Tyler Lynch, and we raked some oysters out of the water and ate them right there on the boat. It doesn’t get any fresher than that. Delicious! Then we were off to Tyne Valley, home of the Tyne Valley Oyster Festival to meet up with the festival organizer and Guinness Book of World Records holder Jeff Noye for some shucking, oyster food photography, and his fried oyster hamburgers from The Landing Oyster House & Pub. I wished I’d taken some foodie shots of the burgers but we ate them instead. And the day wasn’t over yet, but I haven’t processed everything so here’s a little taste of some of the shots we got. 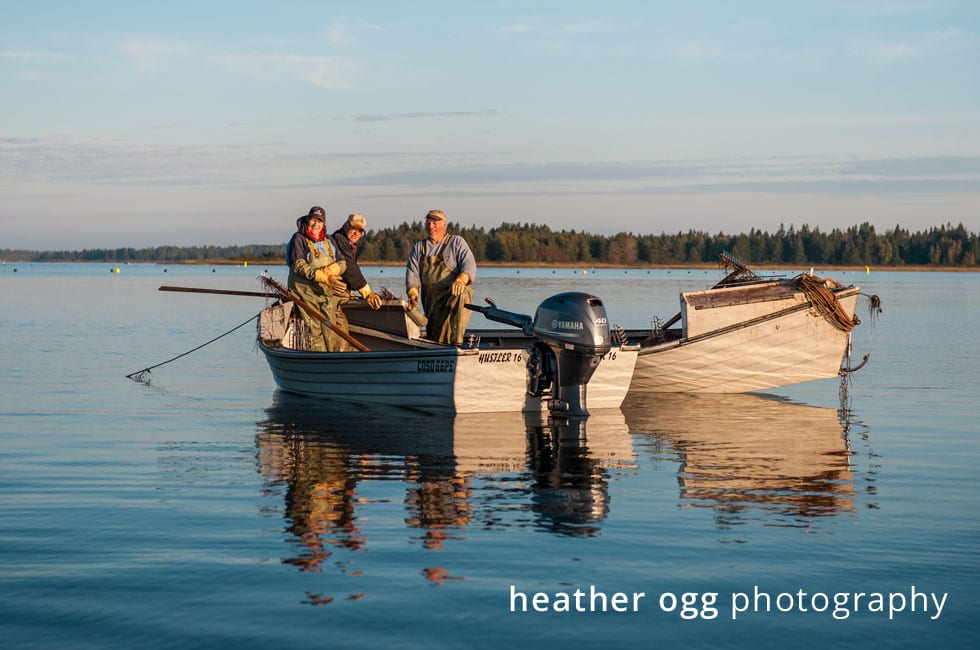 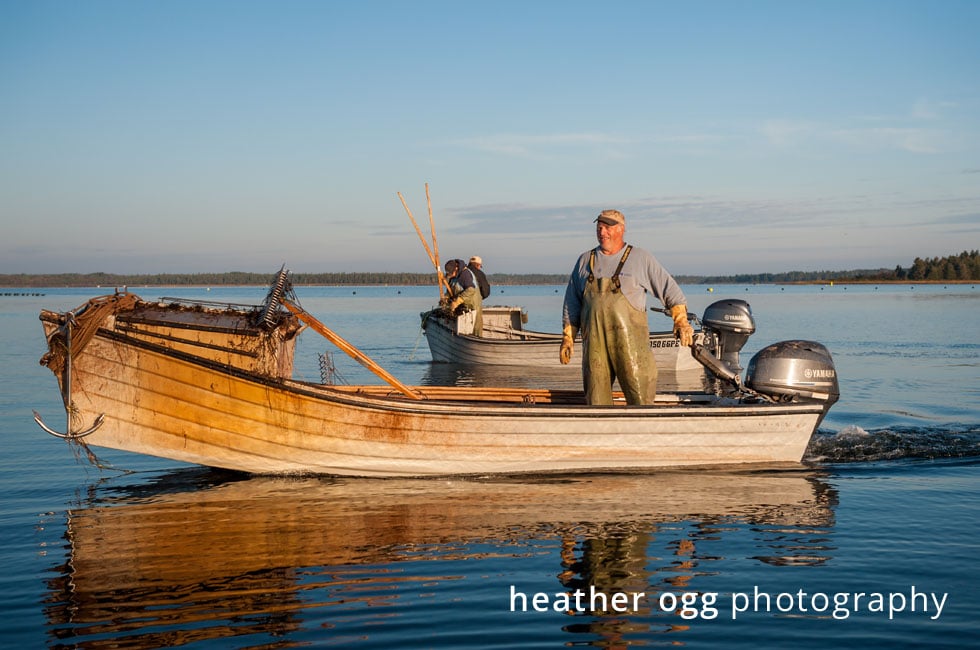 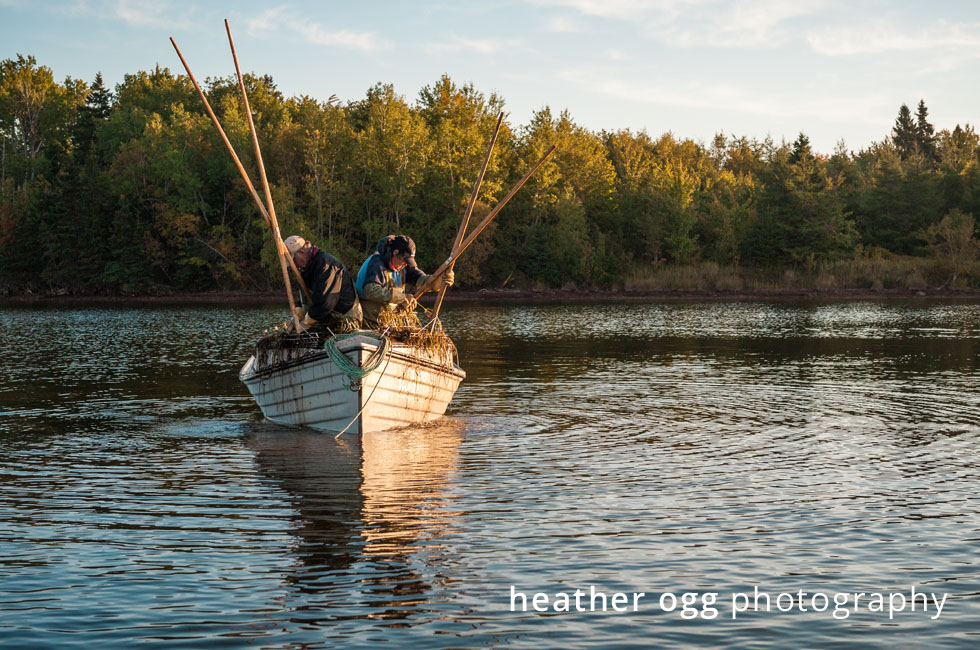 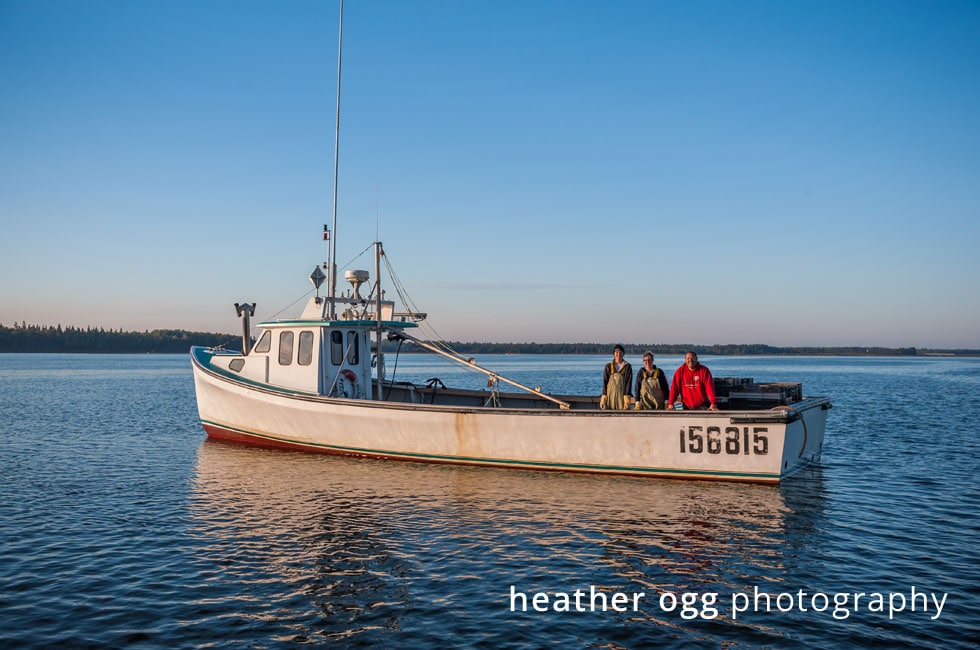 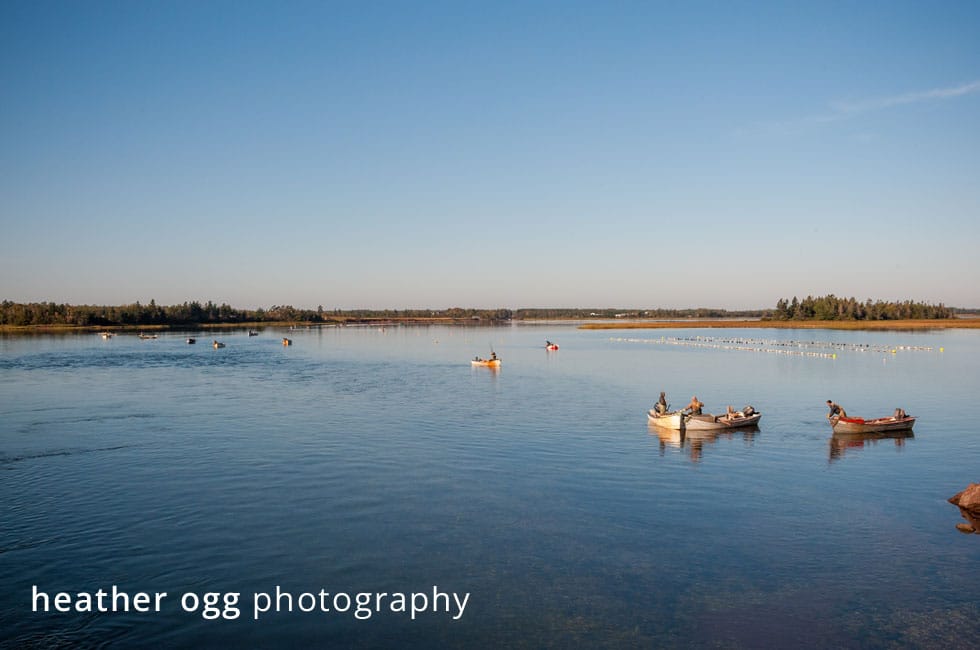 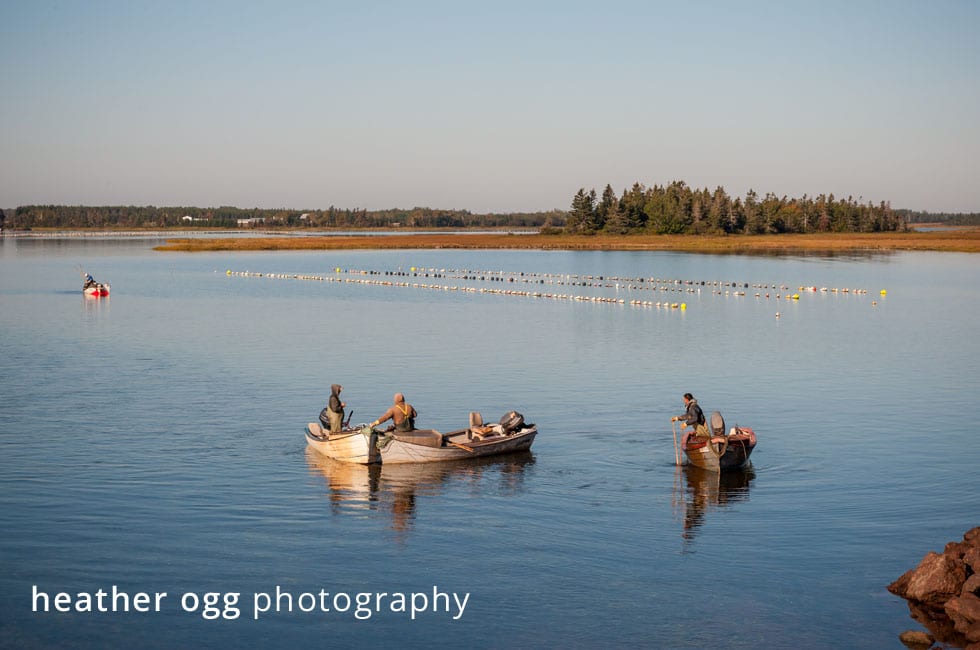 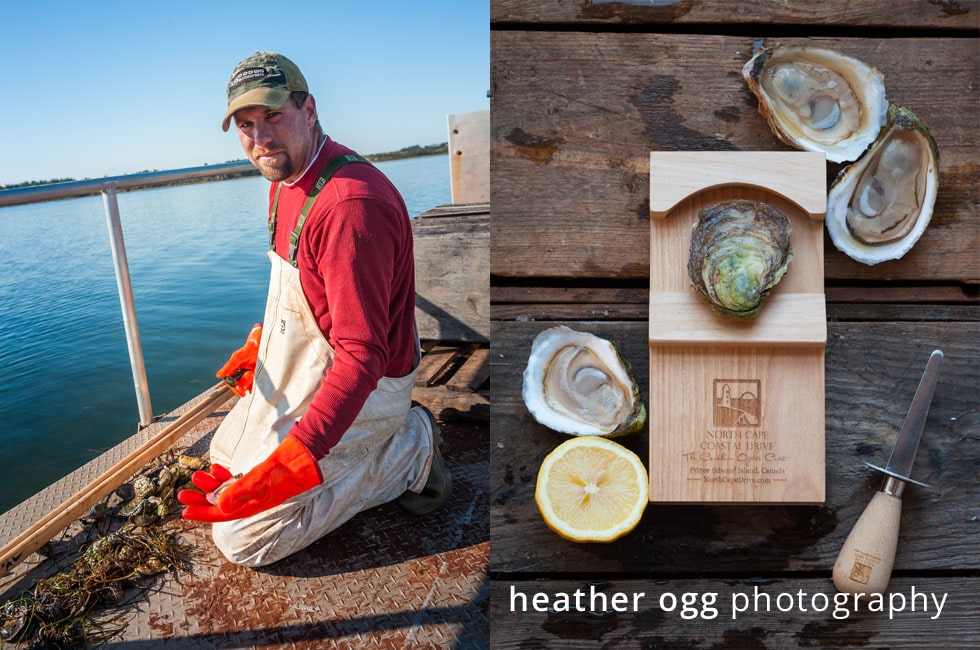 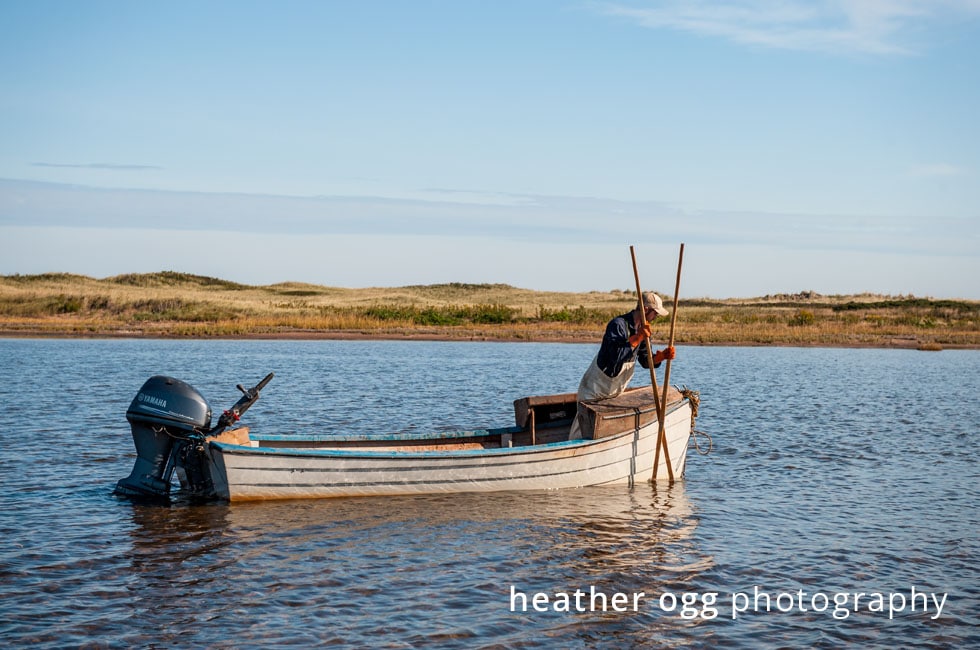 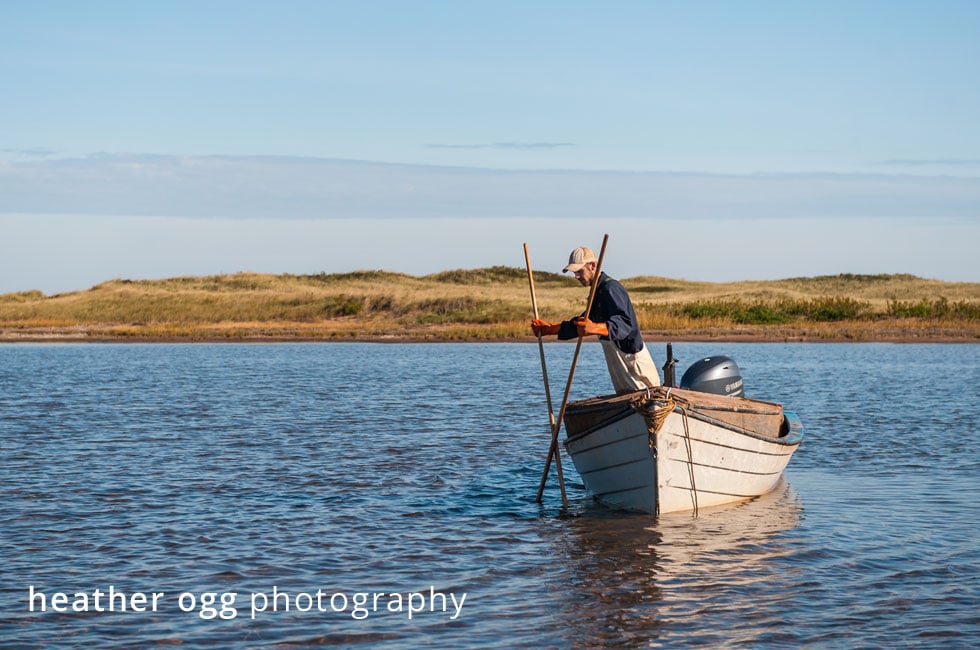 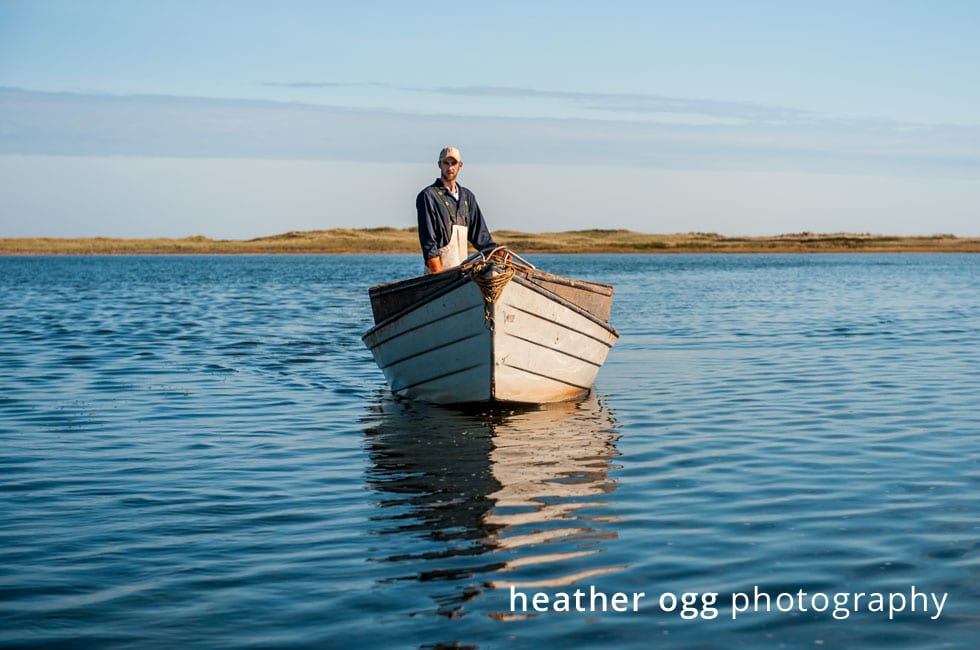 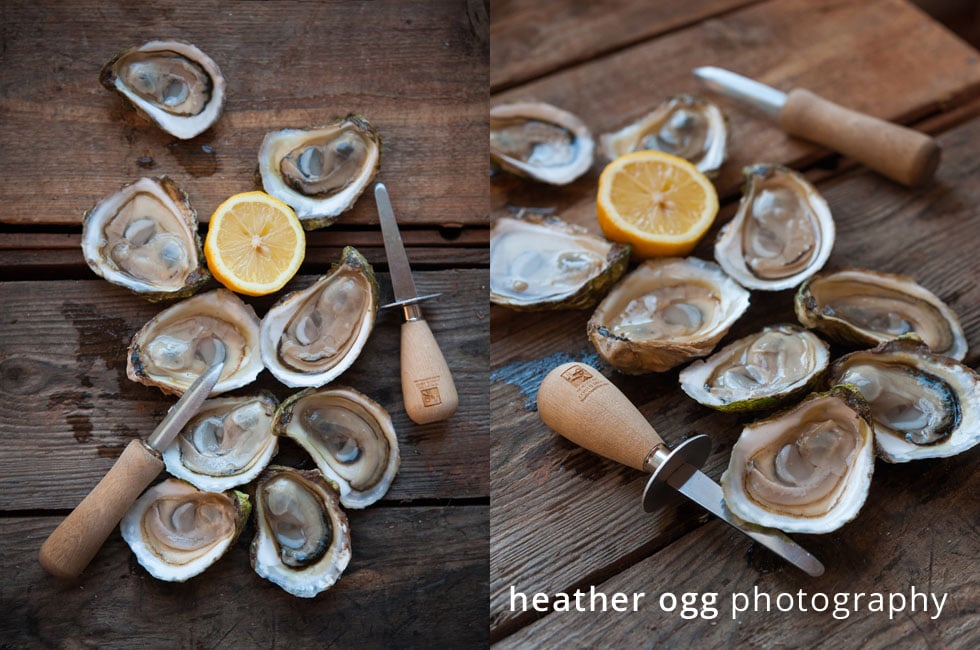 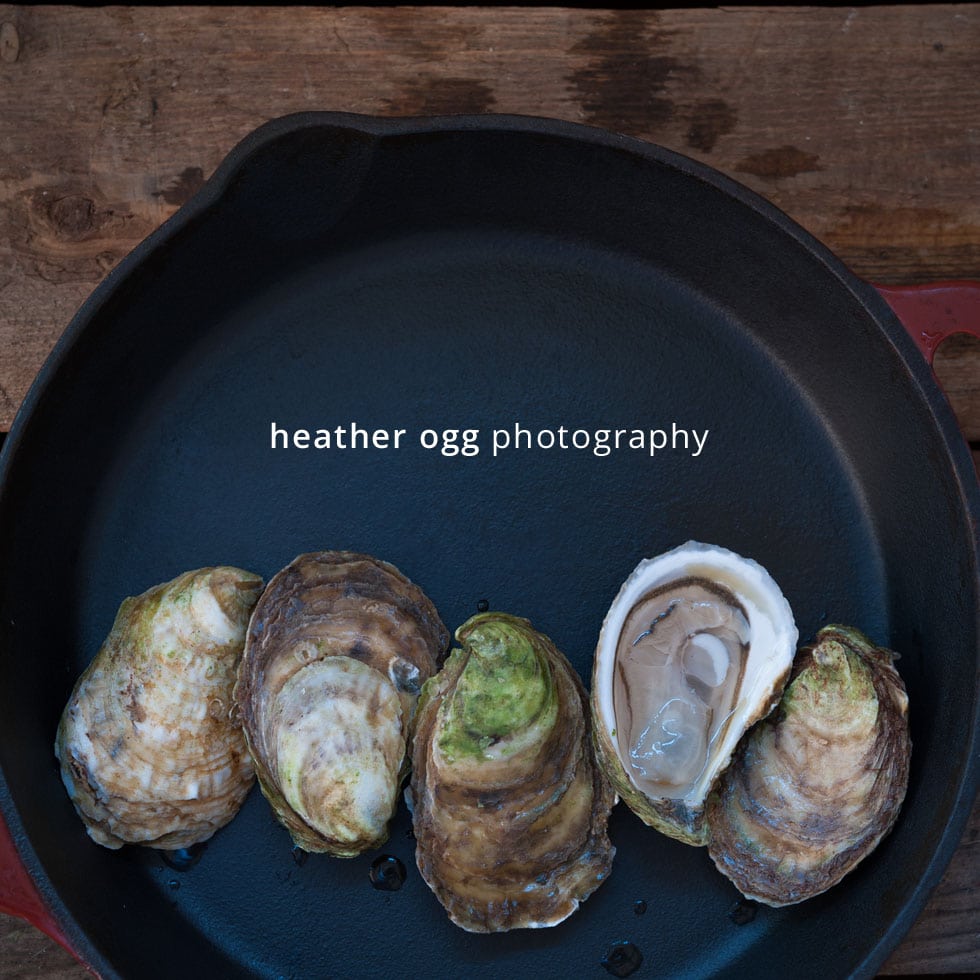 A little peak behind the scenes

So yeah, we’re on these barge boats taking pics, laughing our asses off, counting blessings and eating oysters, and I only almost fell off once. It just doesn’t get any better. 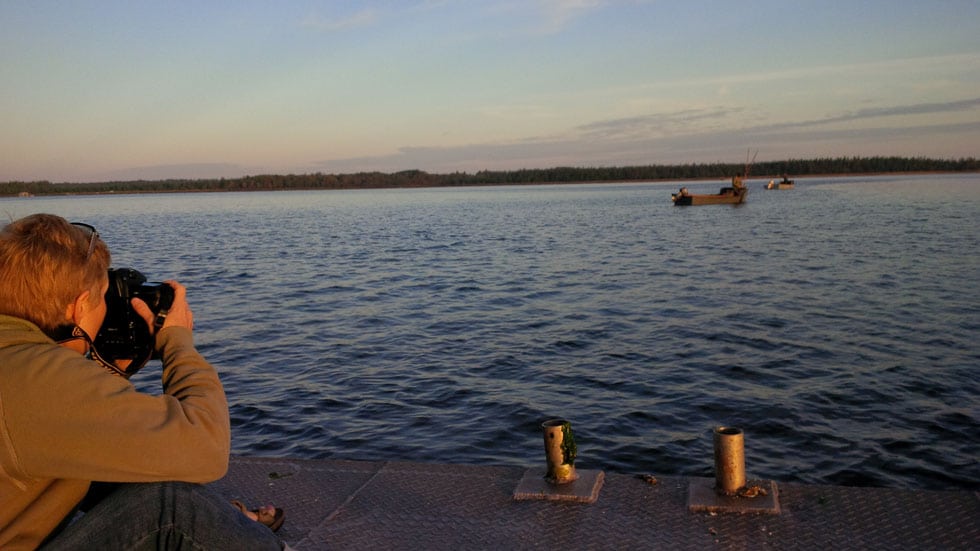 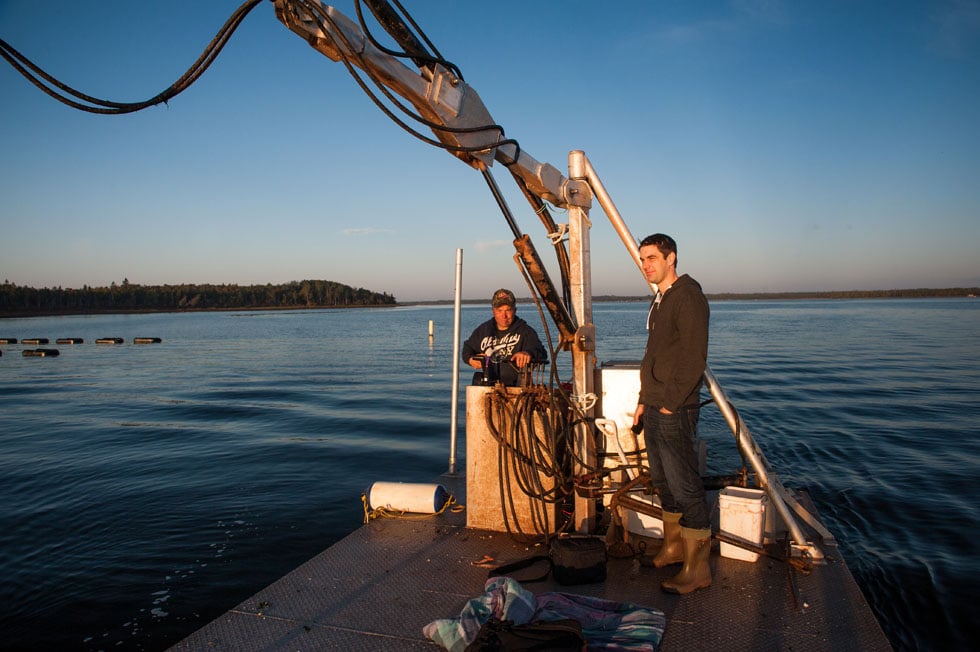 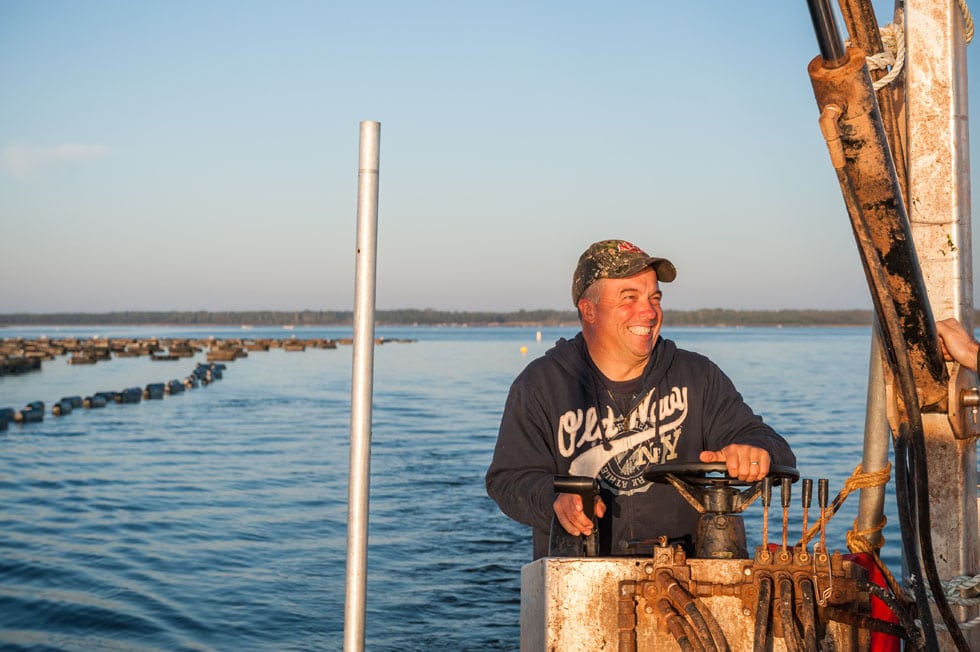 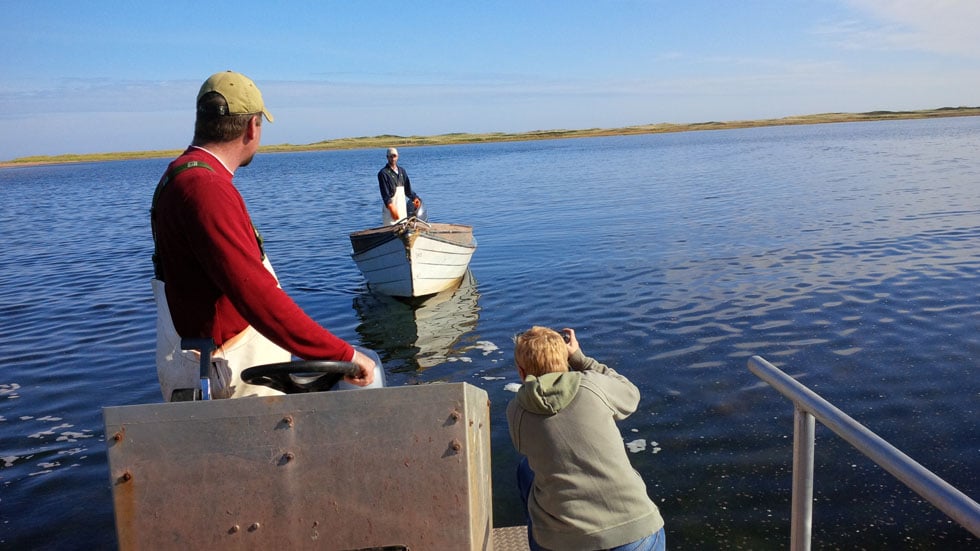 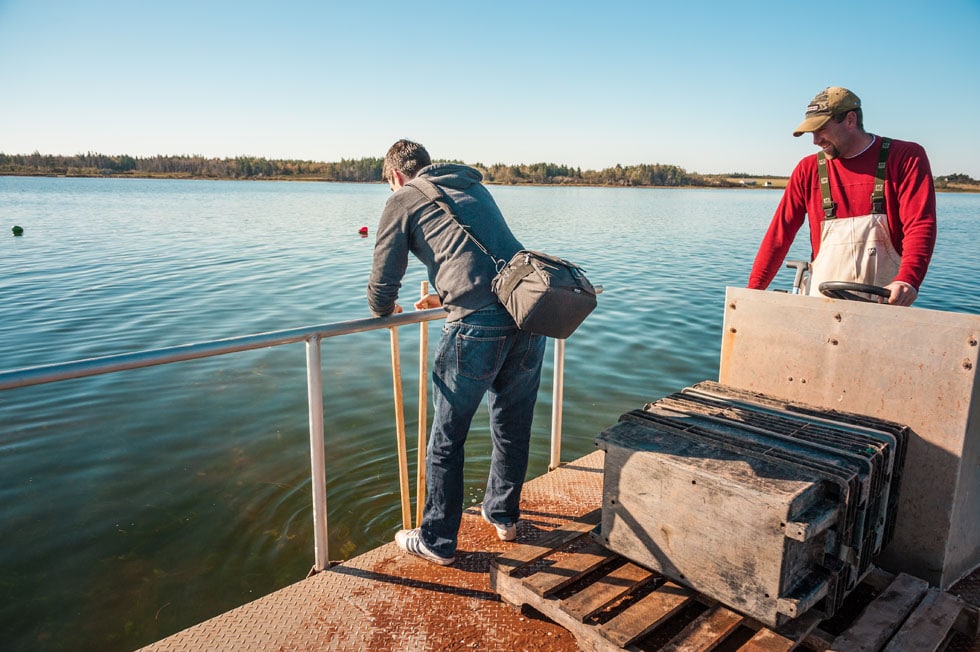 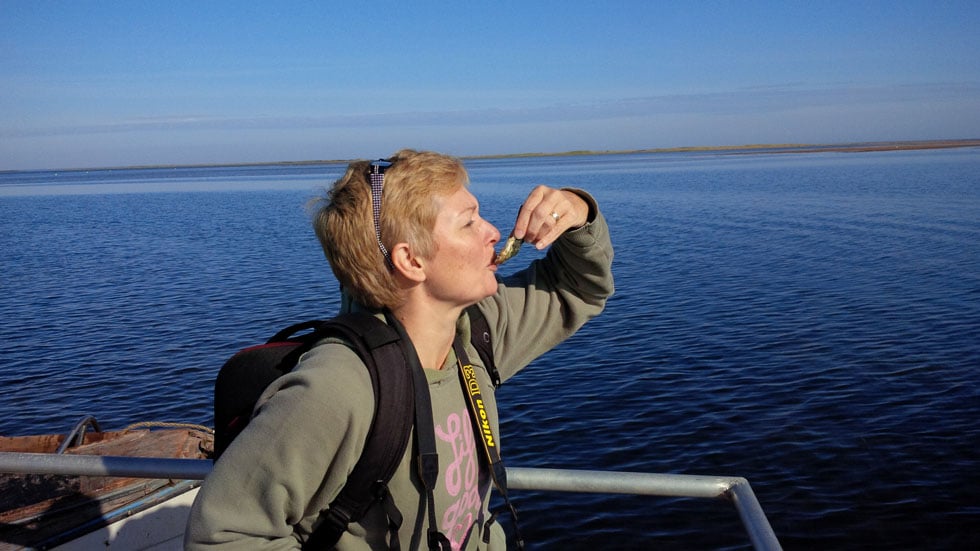 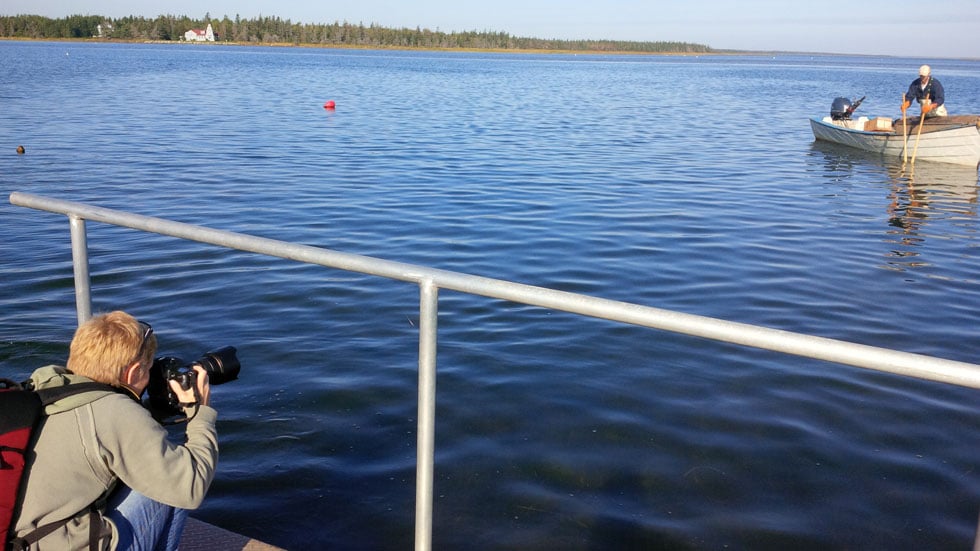 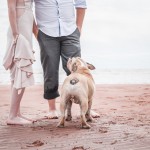 Next Post:Lobsters and Oysters and Mussels, Oh My! 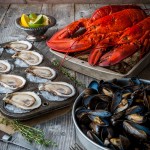 Published October 01, 2020 by Heather Ogg in Food & Restaurant
No Comments

Published July 09, 2018 by Heather Ogg in Food & Restaurant
No Comments