Okay Prince Edward Island, are you pumped or what?! Months of training, a slew of summer sacrifices, perhaps years of dreaming, and we are ONLY DAYS AWAY! It’s hard to believe. How are you feeling? We’re in taper mode and I’ve been asking runners how they are feeling about race day. They all have the same response; months of training and taper have them all antsy to get to race day and questioning if they can do it. Ahh… don’t you just love that pre-race paranoia where you’re afraid of everything from getting sick to twisting your ankle to pretty much anything that will stop you from running your race next weekend? Ain’t it grand? Between the taper and paranoia I get seriously wackadoodle before a big event like this, and I don’t care if people get it or not. It’s all part of the fun of running and it’s pretty hilarious how crazy it’ll make you. But you can do it and you’re going to love it.

Running Room founder John Stanton visited us in the Charlottetown store last Friday. I have seen him speak a number of times and he’s always incredibly inspiring. We were so pumped it was pretty hilarious. He gave a great talk about running, endurance, hills, speed, nutrition, race day, and answered questions. The man is incredibly nice. I guess a life of running will do that to you. Afterwards we went for a 3km night run around the boardwalk. As we were running he did this great loop around thing. We were at the front of the pack, then John looped around to the back of the pack and we all followed him to bring the group together again. I love that. We were so pumped, blabbing the whole time and then we started singing Manfred Mann’s Do Wah Ditty as we ran through the dark. It was just pure fun. We stopped and John lead us in some great speed drills where we all ended up acting like a bunch of over-excited kids. It was awesome. As we ran we were high-fiving pedestrians and doing shout-outs. The Charlottetowners were right in there too. What a town! 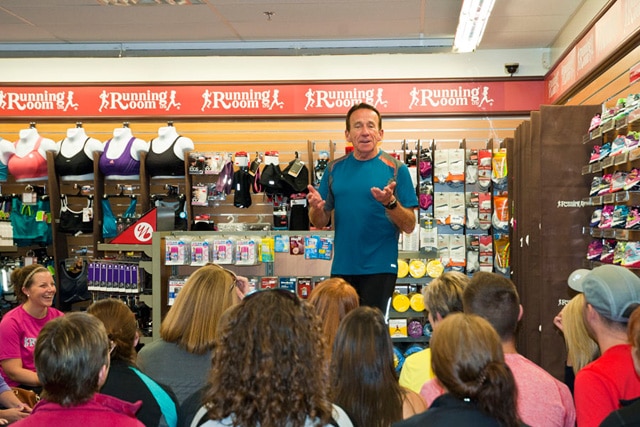 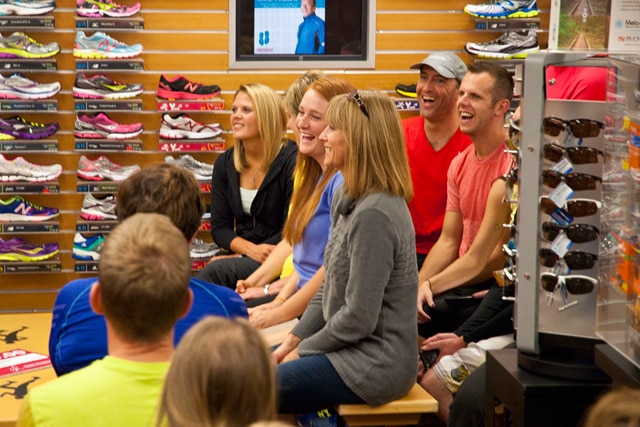 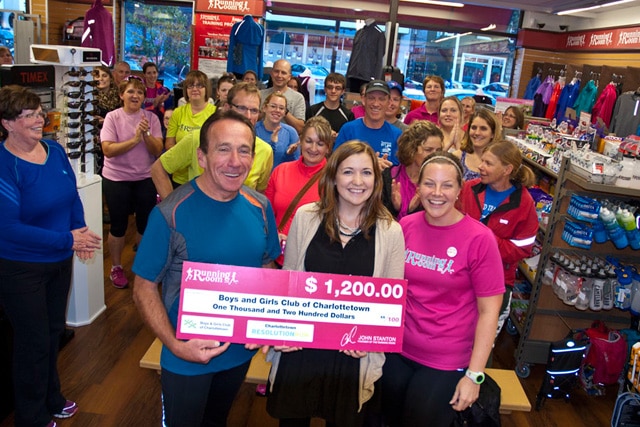 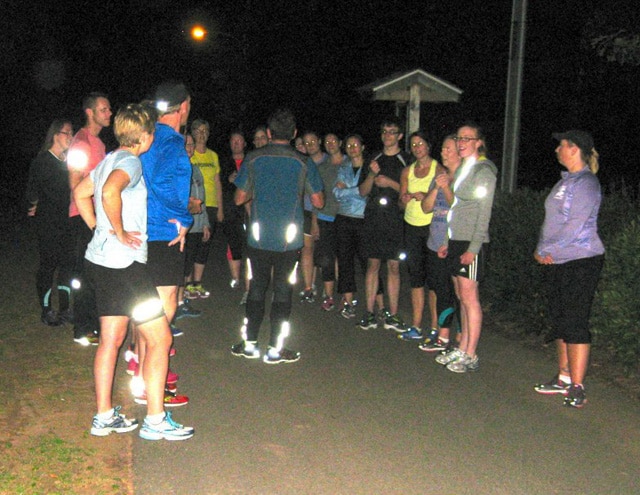 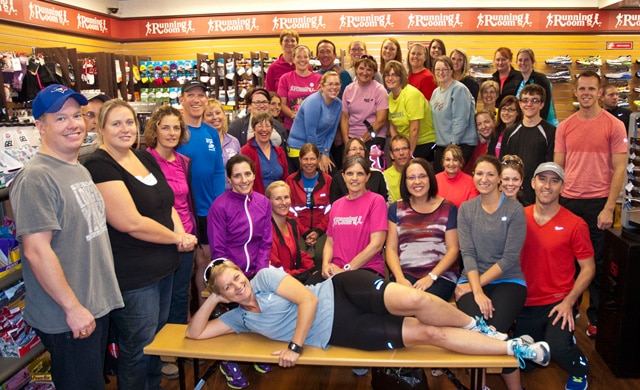 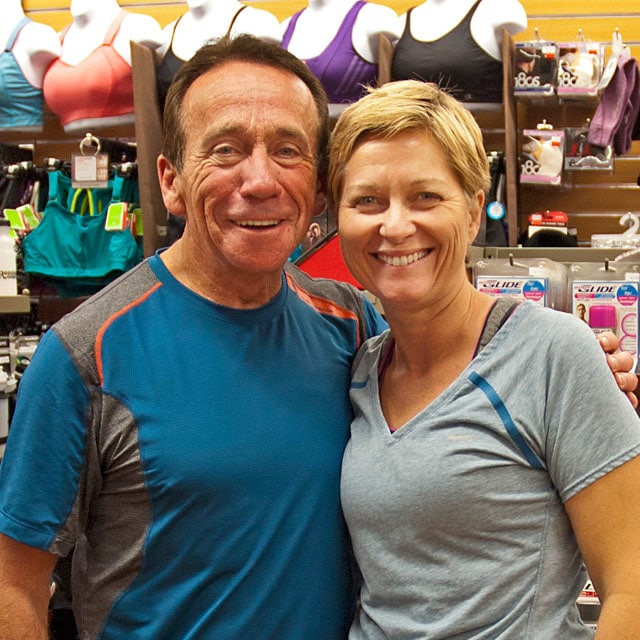 In my first PEI Marathon 2013 blog post about Goal Setting, I told you my goal this year is a faster Half. I thought training for a half would also allow me the flexibility to try new things. Many of the races I did this summer I tried because of my buddy Devin. Devin is going to be the 1:55 Half Pace Bunny at the PEI Marathon next weekend. He knew my goal was a sub two-hour half and as we were running one Sunday morning he suggested I try and run with him on race day. Now running with Devin is awesome because he can talk and entertain you the whole way, but there’s a huge difference between attempting a PB 2:00 Half and running a 1:55 Half, buddy! But I gave it a try on my race pace run on Saturday. I ran the 1:55 Half race pace with Devin and although I kept up I had to bail at 8km. There’s no way I could keep that up for 21.1km. I also re-contemplated the importance of my sub-two half… LOL. I am definitely faster than I was, but I’m just going to run my best run next week and see if it happens. No biggy. No pressure. Just joy. 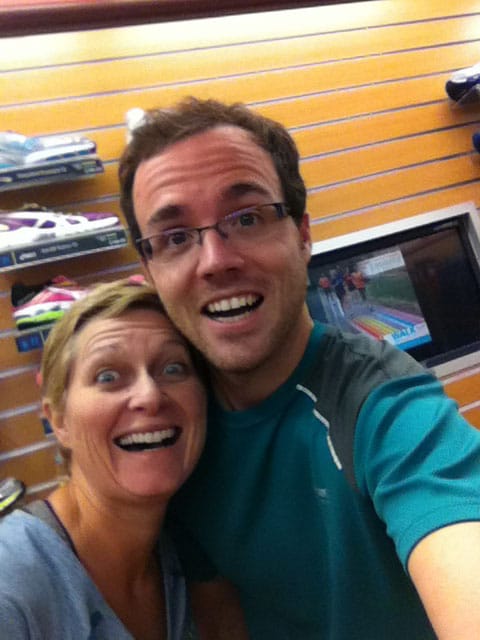 Drum roll please… ta da! The PEI Marathon bling! This year’s 10th anniversary medals are beautiful. After photographing them, my daughter went to slip one over my head. I kind of gasped and quickly blocked her (and I think I shocked her a little). I told her I couldn’t put it on unless I earned it. See..? Wackadoodle! 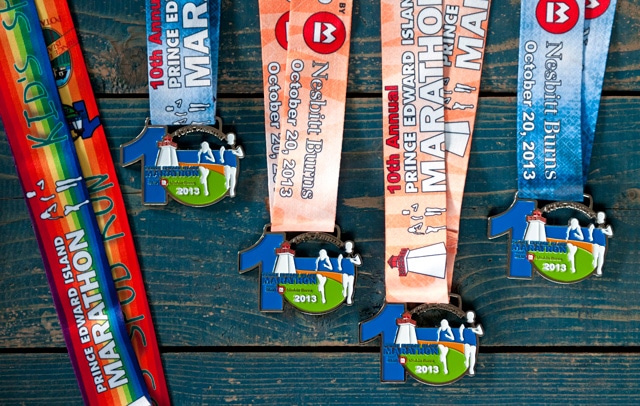 Have you heard of the hedonic treadmill? It’s basically a never-ending cycle where some people keep acquiring stuff thinking it will bring them happiness. I’m sure we all know people like this. But stuff doesn’t bring you happiness, experiences bring you happiness. Experiences like the PEI Marathon, your training, your running buddies, all that stuff. This experience will be with you and bring you joy the rest of your life. So have fun, run your race, enjoy every step, and I’ll see you at the finish line!

Have fun, run your race, enjoy every step, and I’ll see you at the finish line! 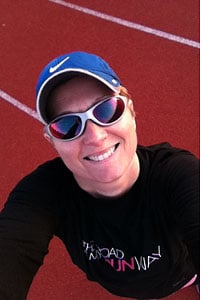 Check out the PEI Running News 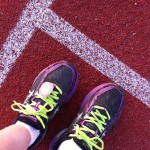 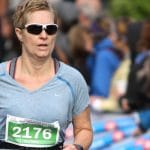